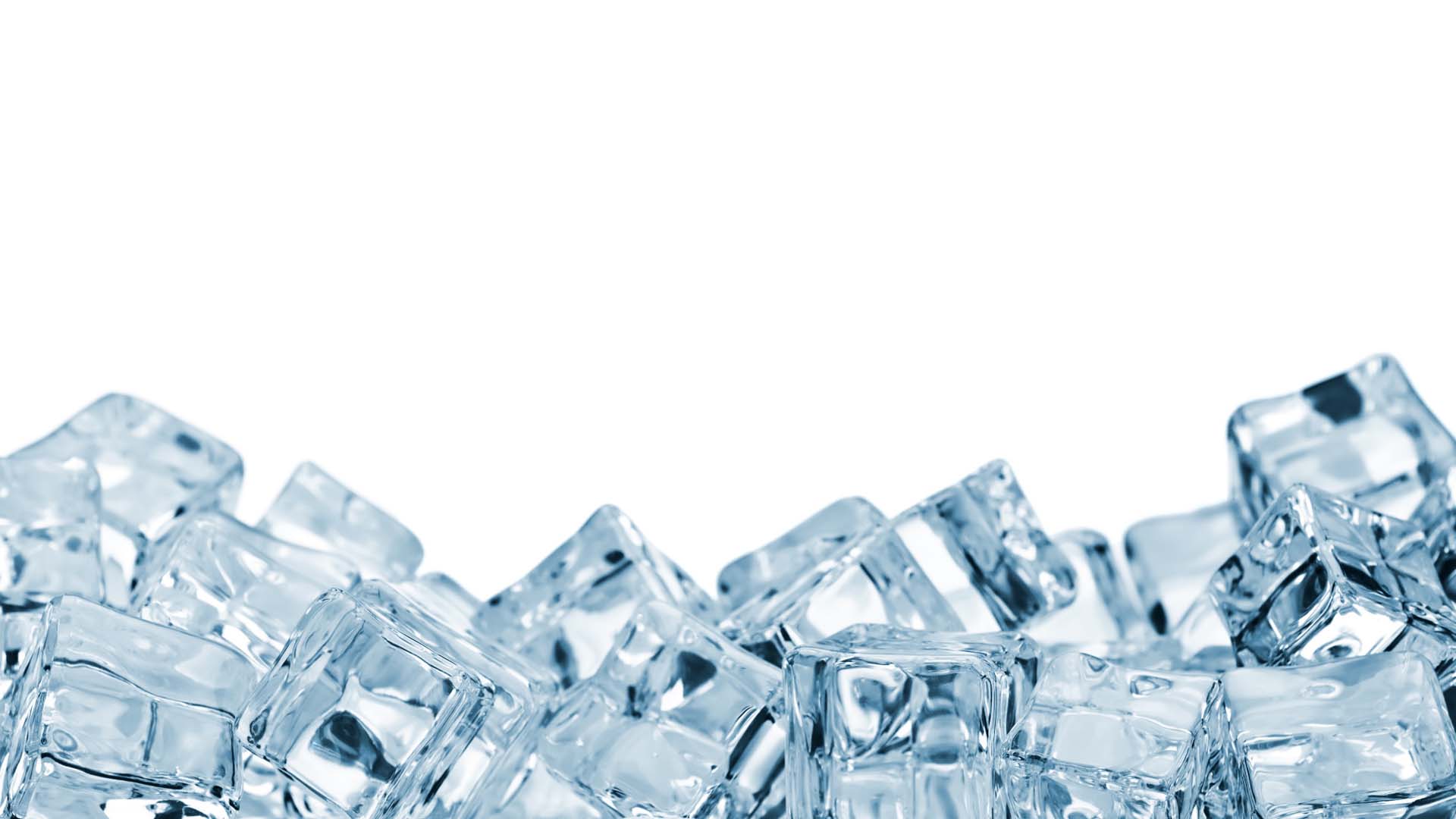 Traditional thinking is that the pain-relieving mechanism of action of menthol – the active ingredient in Biofreeze Pain Reliever – results from a counter-irritant effect. Simply put, a counter-irritant has an effect of overriding noxious pain signals traveling to the brain through a process modulated between pain-transmitting and non-pain transmitting neurons. This process, known as “gate control” or “gating,” was first described by Melzak and Wall. 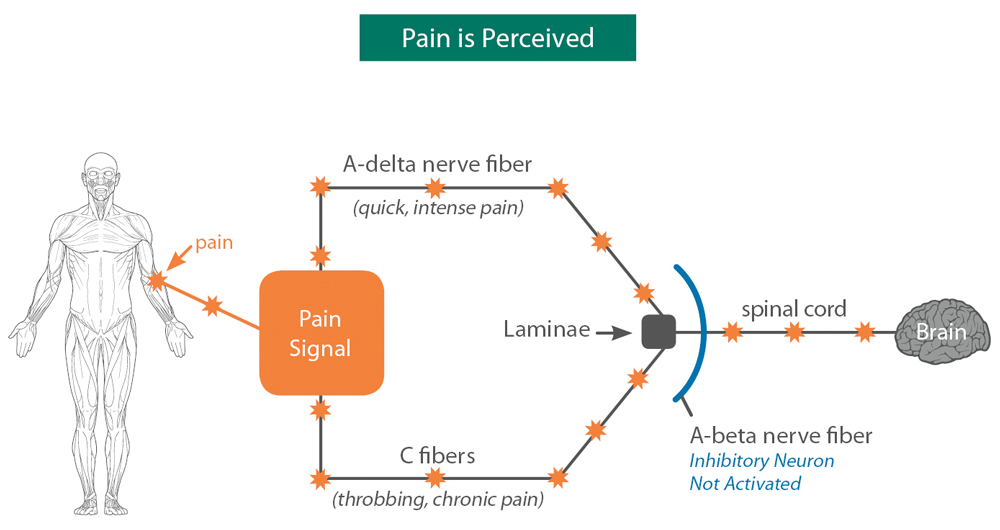 Gate control theory is based on the understanding that pain is transmitted by two kinds of afferent nerve fibers. One is the larger myelinated A-delta fiber, which carries quick, intense-pain messages. The other is the smaller, unmyelinated “C” fiber, which transmits throbbing, chronic pain. A third type of nerve fiber, called A-beta, is “non-nociceptive,” meaning it does not transmit pain stimuli. The gate control theory asserts that signals transmitted by the A-delta and C pain fibers can be thwarted by the activation/stimulation of the non-nociceptive A-beta fibers and thus inhibit an individual’s perception of pain. 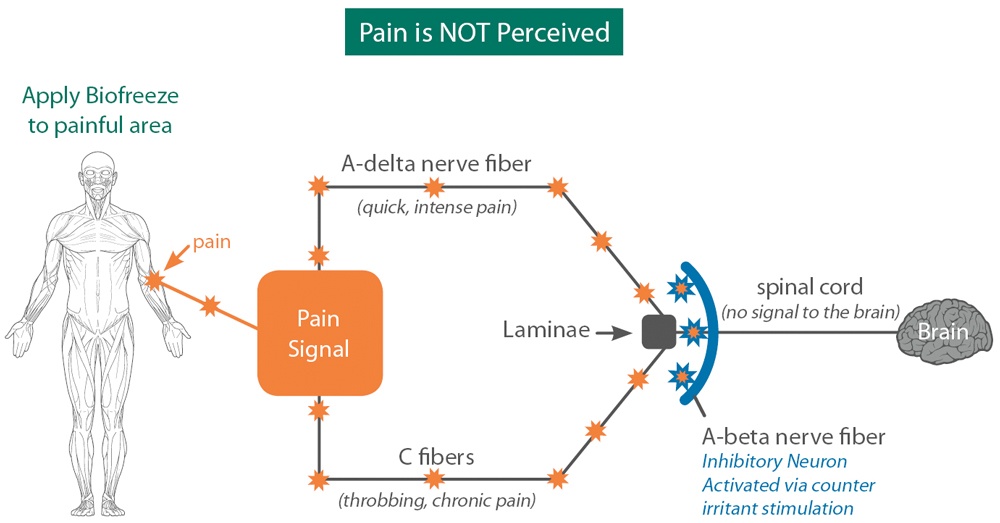 More recently, laboratory researchers have discovered that menthol stimulates the TRPM8 cold receptors. Even though it has long been accepted that cooling and cold can induce analgesia it has been a poorly understood mechanism. As scientists have continued to isolate these specific heat-sensitive transient receptor potential (TRP) channels within our sensory neurons we are now able to have a much better understanding of the body’s cutaneous temperature detection. With the isolation and further study of these specific TRPM8 receptors there is stronger evidence supporting the benefits achieved with the cooling effect of menthol in functioning as a topical analgesic while activating these receptors and the resulting consequent pain relief.